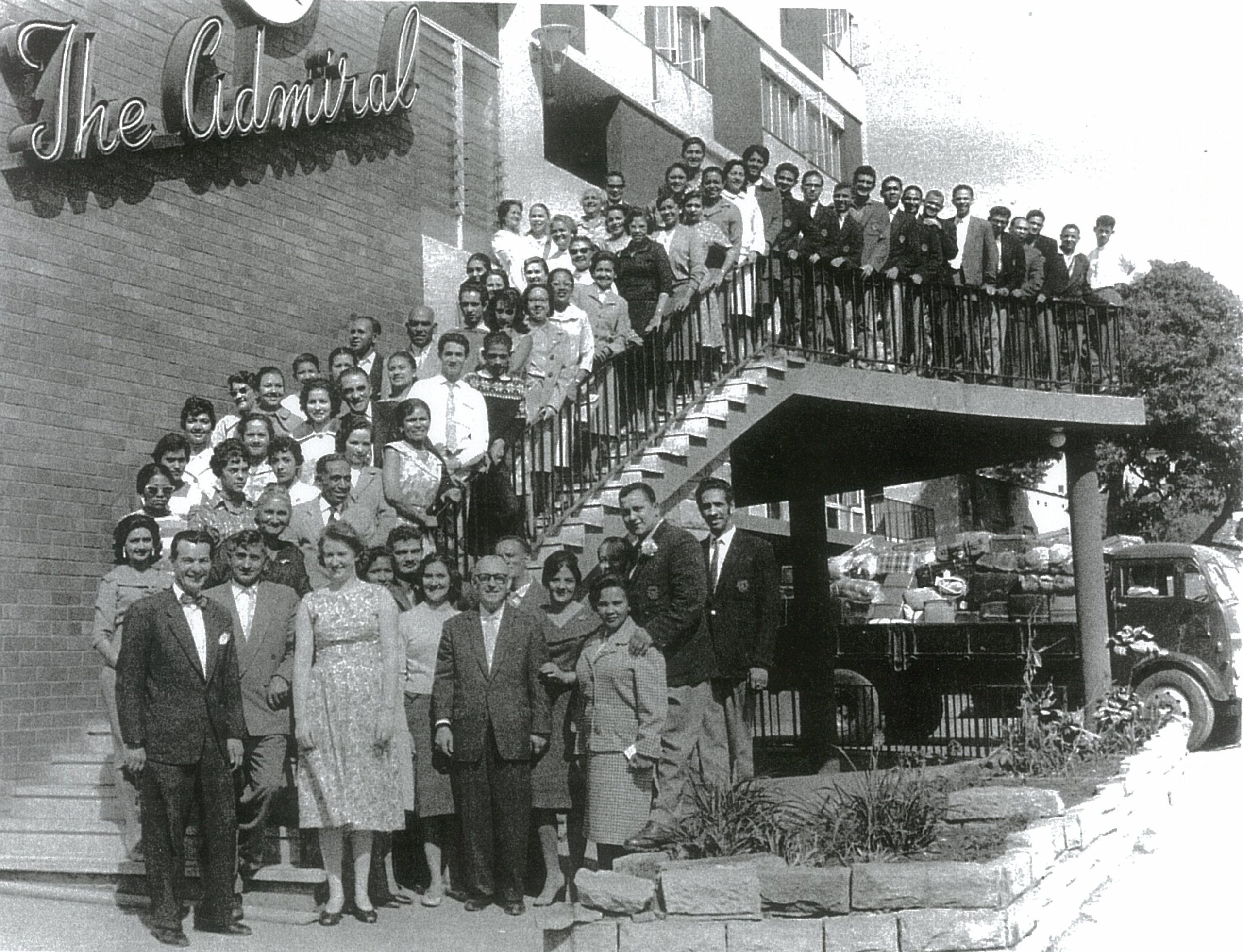 Eoan Group, founded by Helen Southern-Holt in 1933, was a social and educational centre as well as a cultural association which offered aftercare, physical education for the children and speech classes to the mixed race community of District Six, Cape Town. The Group soon added a wide range of activities from ballet, singing, painting, sewing and drama classes. Drama productions were soon presented and a ballet section was set up in 1935 followed by a choir led by brothers, John and Dan Ulster in 1940.

Initially housed in the Isaac Ochberg Hall in District Six, Cape Town, the non-profit organisation, in its first fifteen years of existence, successfully established twenty branches of the organisation throughout the Cape Peninsula and reaching as far as Port Elizabeth.

The Golden Era – Between 1956 and the mid-1970’s, under the direction of musician and conductor, Joseph Manca who joined the Group in 1943, the Eoan Group featured the first amateur company composed of coloured people who learnt to sing in the Italian style and perform world known operas. They performed dance, theatre and grand opera to packed houses in Cape Town’s best concert halls and performed annual opera seasons and tours throughout South Africa and the United Kingdom.  During their artistic peak, from the 1950s to the 1970s, Eoan was extremely popular amongst opera lovers, but because of South Africa’s racial policies, they could not perform with white opera and ballet companies and had to suffer the many indignities of segregation.

Many distinguished singers came from the Eoan Group such as Vera Gow, Valerie Parkins, May Abrahams, Gerald Samaai and Joseph Gabriel who went on to sing at the New York Metropolitan Opera House.. May Abrahams led many of the big choral performances such as ‘A Slave in Arabia, Rio Rita and Hong Kong. She went on to teach voice training to youth and adults at the Eoan Group teaching alongside Ruth Goodwin, Didi Sydow and Gwen Michaels.

Gordon Jephtas was a young gifted pianist who was mentored by Joseph Manca to become the Eoan Group Opera’s rèpititéur and he was sponsored by the group to attend the College of Music at the University of Cape Town in the early 1960s. He continued his career in Europe and New York, USA.

The Eoan ballet section saw the first full length indigenous ballet to be performed on stage at the time in South Africa. The Square ballet depicted the gang life in District Six and was choreographed by former Eoan dancer, David Poole for the Eoan Group Arts Festival with specially commissioned music by Stanley Glasser. South African dance legend, Johaar Mosaval danced the lead role of a gang leader in the ballet as a guest artist with kind permission of the Royal Ballet Company, London.

In1966, with the declaration of District Six as an exclusively “white” area, the group moved to the Joseph Stone Theatre in Athlone and has been the home for the non-profit cultural organisation since 1968.

The Eoan Group are the pioneers of arts, music, opera, and drama festivals in South Africa and still remains a vital part, not only of the performance history of classical music and opera in South Africa, but also of the rich cultural heritage of District Six in Cape Town.